Prospect.io lets you filter and segment important groups of prospects, so you can send them targeted emails. For example, you can look for prospects whose job title contains the word "representative", whose country is "United States of America", who are in any active campaign and have been marked as qualified.

What is a segment?

A segment is a group of your prospects defined by rules (or filters) that you set. Prospects are automatically added to the segment every time the prospect updates to match those rules.

We recommend creating a segment for every key group of prospects you'd like to target.

Use filters to identify groups

To create a segment, first you’ll need to select the filters above your prospects listing. For example, if you want to create a segment of prospect living in the US, just filter for “Country is US". 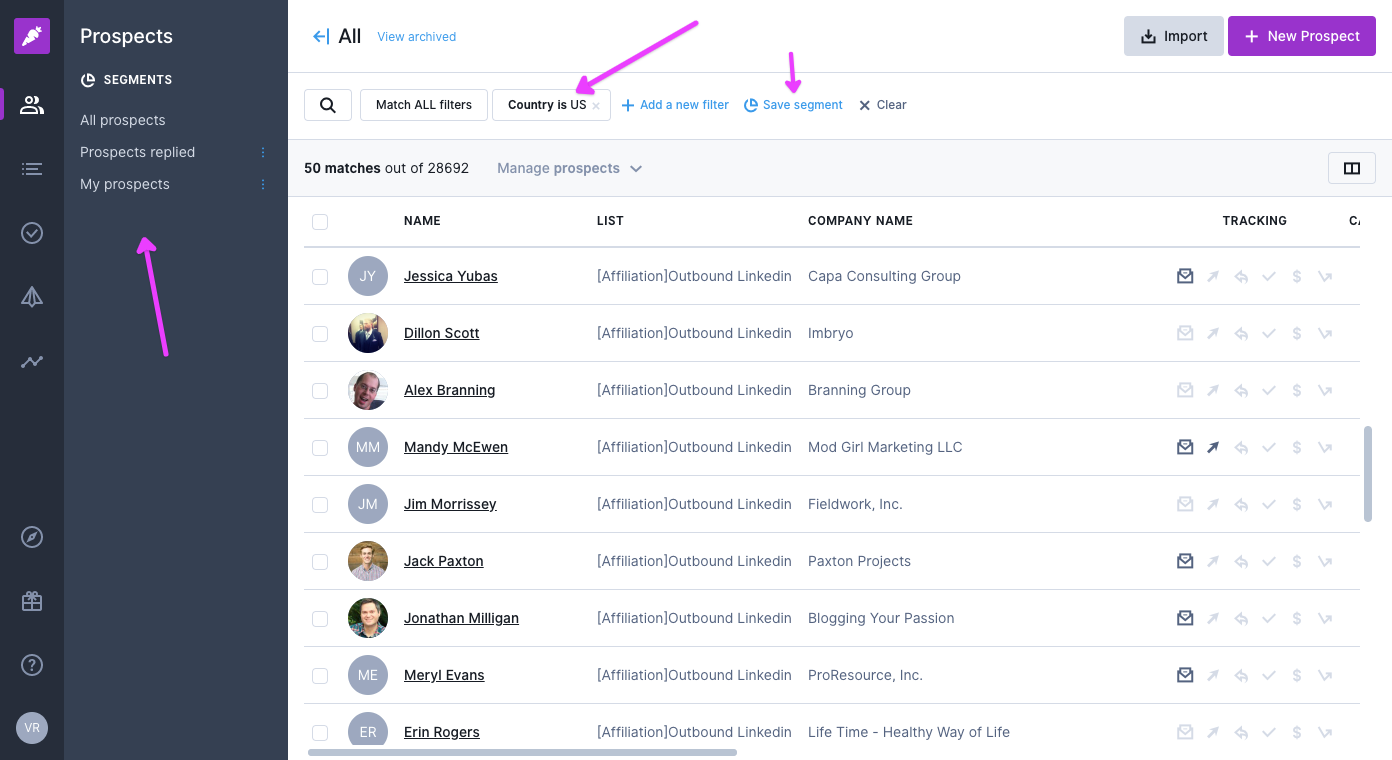 Then click Save segment and give your segment a name (something easy to remember, like 'US Prospects'). Your new segment will appear to the left of your prospects list.

Those are the personal details of your prospects. 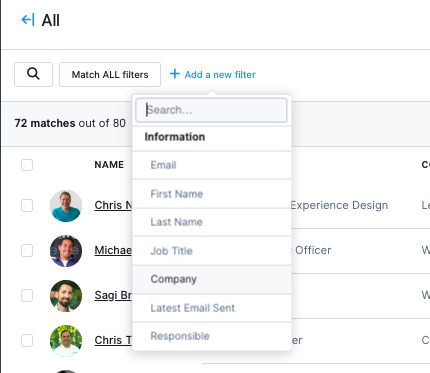 This allows you to match prospects against a certain list.

This filter allows you to find prospects who are or are not in a campaign, while taking into account the status of the campaign.

You can filter your prospects according to their level of interaction with you. 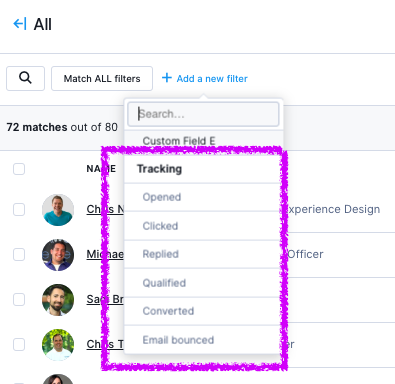 Create flexible segments with "Match ALL filters" or "Match ANY filters"