Zapier is a third party one-way integration tool you can use to get Prospect.io to interact unilaterally with hundreds of other services you might be using!

How to get started with Prospect.io on Zapier

First, you need to access the Prospect.io Store and click on the Zapier icon.
If you don't have a Zapier account yet you will be prompted to create one. 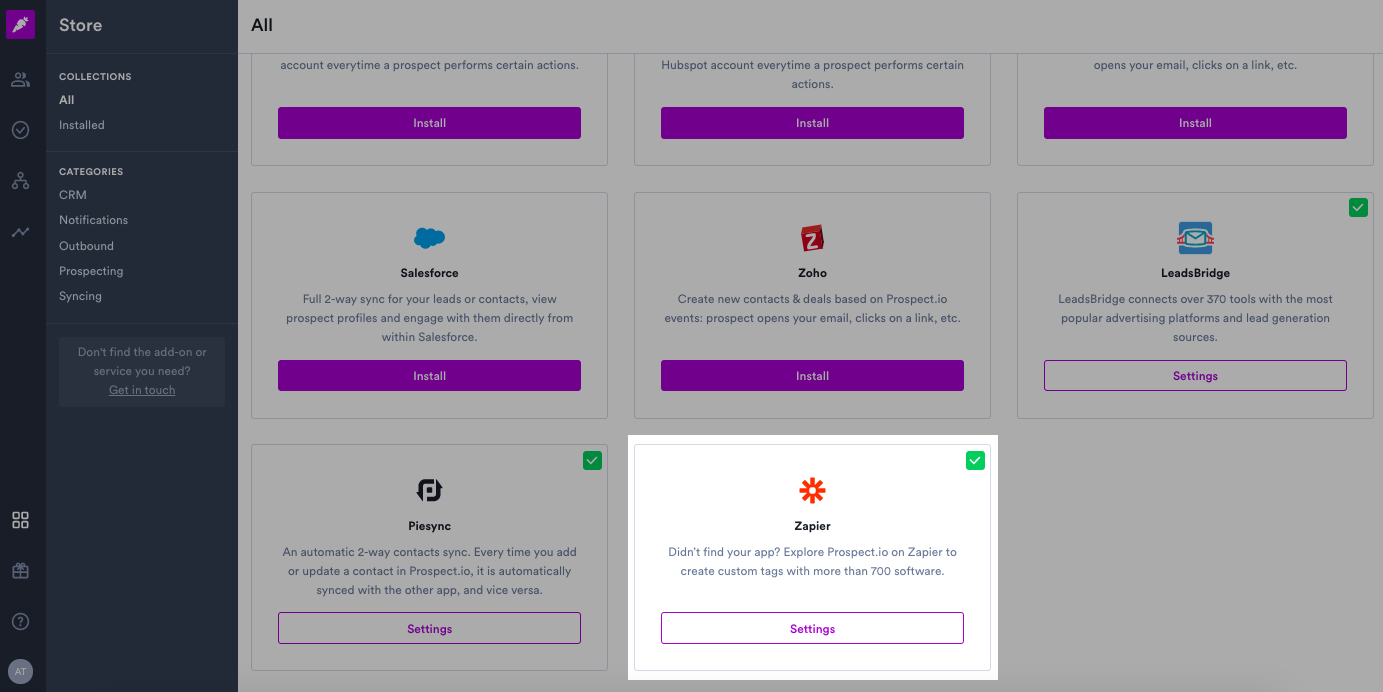 Once that's done, connect Prospect.io to Zapier and you're ready to create your first zap (your first automation). You'll be asked for your API key: find your API key here.

Paste your key into your Zapier account and then “Continue”. If your API key was entered correctly, your account will now be successfully connected. 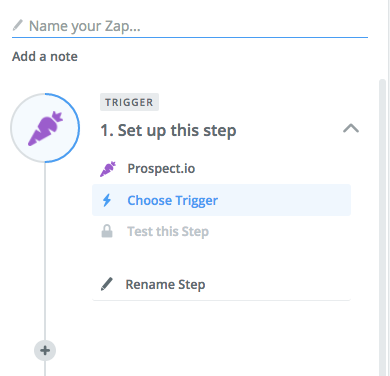 After you connected your account you can click on "Make a zap" and create your first automation. Select Prospect.io as the first app for the trigger and then any app you want to send information to (like Salesforce, Pipedrive, Google Sheets, Asana etc)

What Prospect.io Triggers and Actions are Supported? 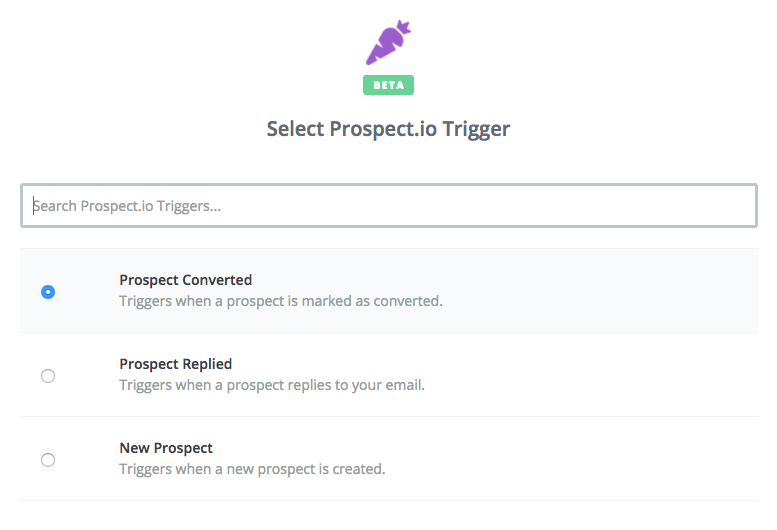 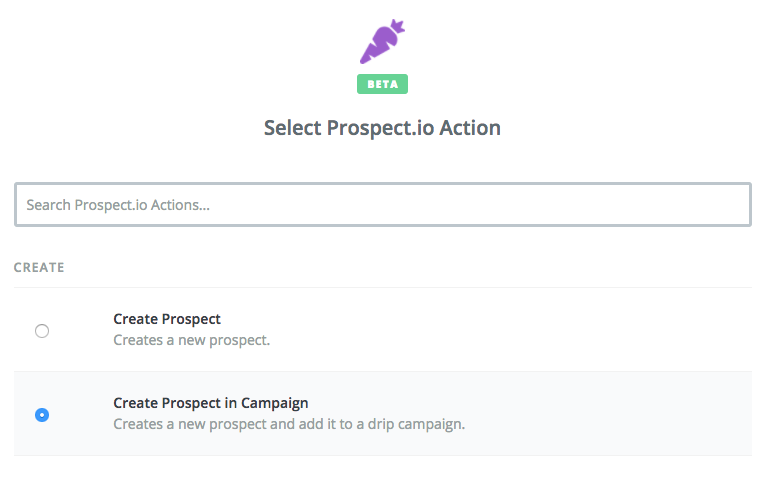 Popular Things To Do With Prospect.io