How to view the prospects who opened your emails

Prospect.io can automatically detect when a prospect opens your email.

How to enable open tracking?

This option is enabled by default and can be disabled from Store > Emails > Tracking.

How to see who opened my emails?

There are a couple of ways you can see who opened your emails.

We will notify you via email each time a prospect opens your email. If you feel overwhelmed with the number of notifications, you can disable them in the Notifications settings.

On the Prospects page, you can see the tracking column. The number near the envelope icon shows how many times the prospect opened your emails.

You can use filters to only display prospects who opened your emails. To do so, click on the + Add condition button. Then select the needed filter: 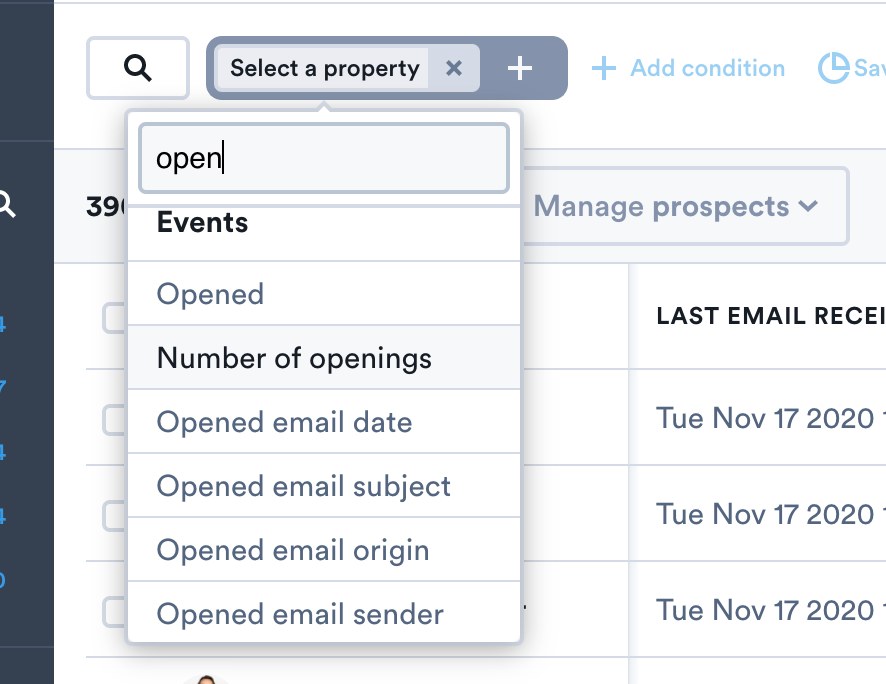 The email opens can also be seen on the prospects' panels. 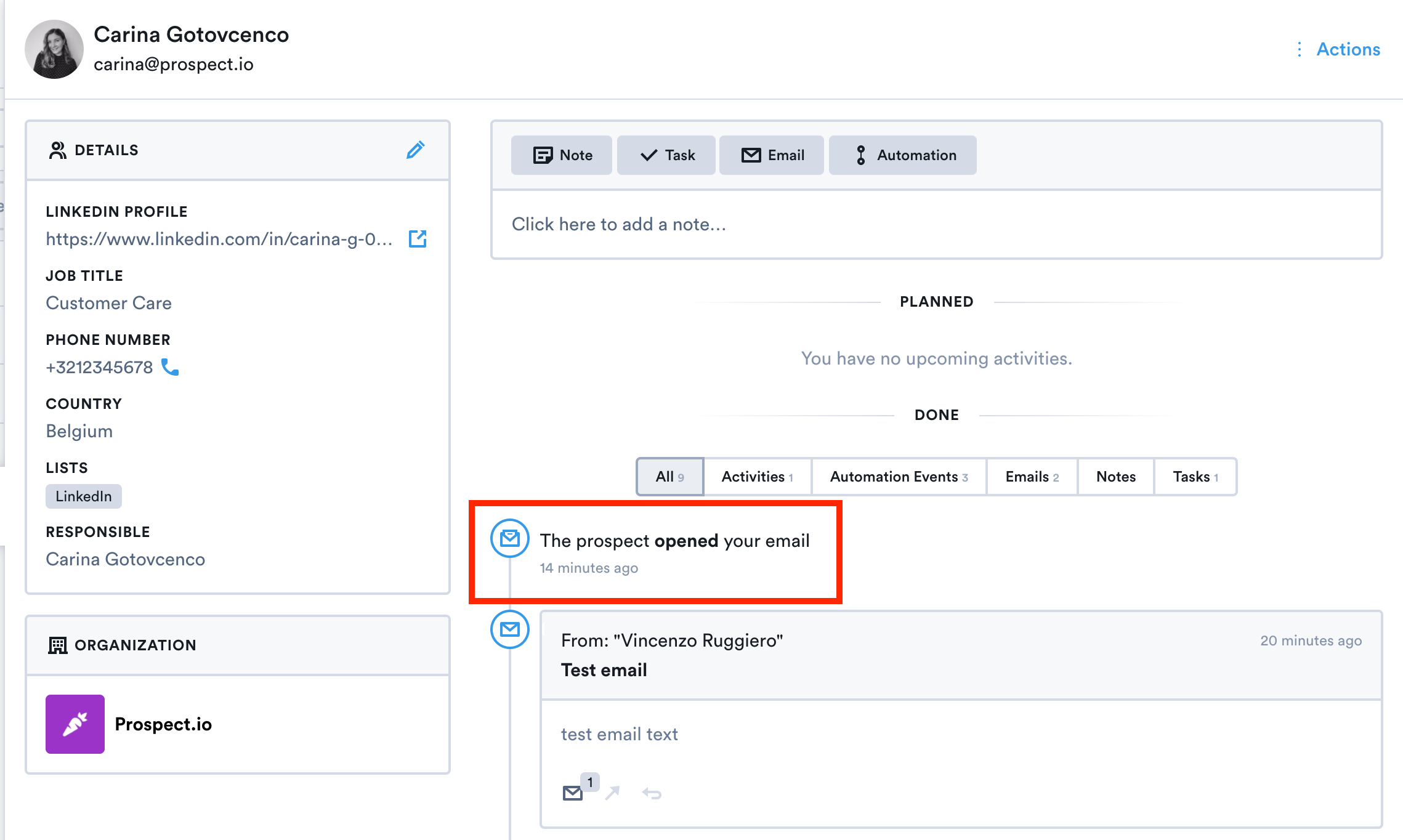 If you want to see the open rate of a certain automation, you can do it from the Performances tab. 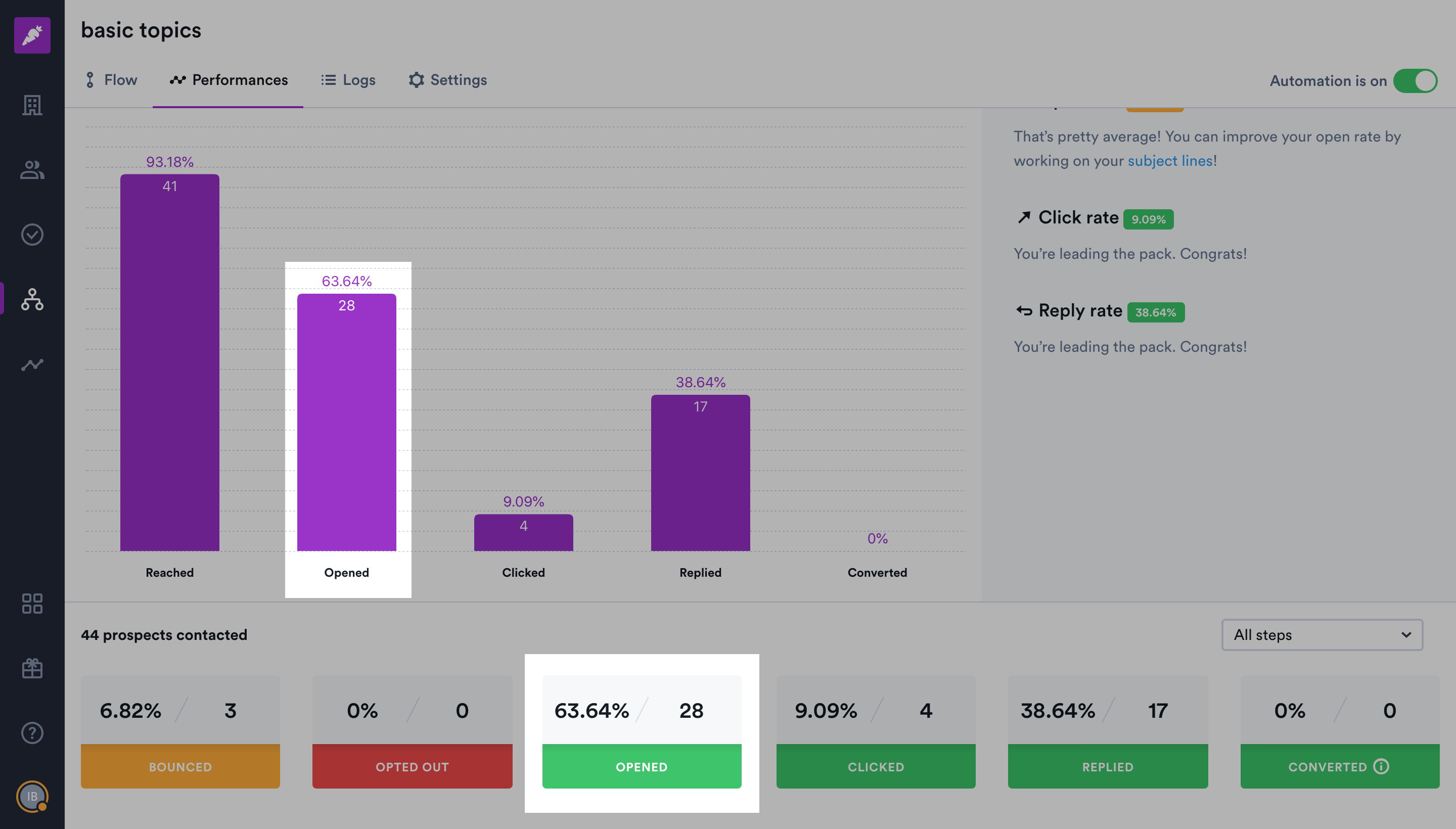