All Collections
Deals and Pipelines
About the Deals Forecast

About the Deals Forecast

Learn how to predict your revenue

Deals forecast allows you to estimate your future sales revenue. Which, in its turn, helps in overall business planning and budgeting.

How to find the forecasts?

On the Deals page select the Forecasts tab.

You can filter which deals are included in the forecast by:

To select the filters, click on the Filters drop-down menu.

How to understand the forecast?

Each column shows the list of deals that are won and/or are expected to be closed in the given month. 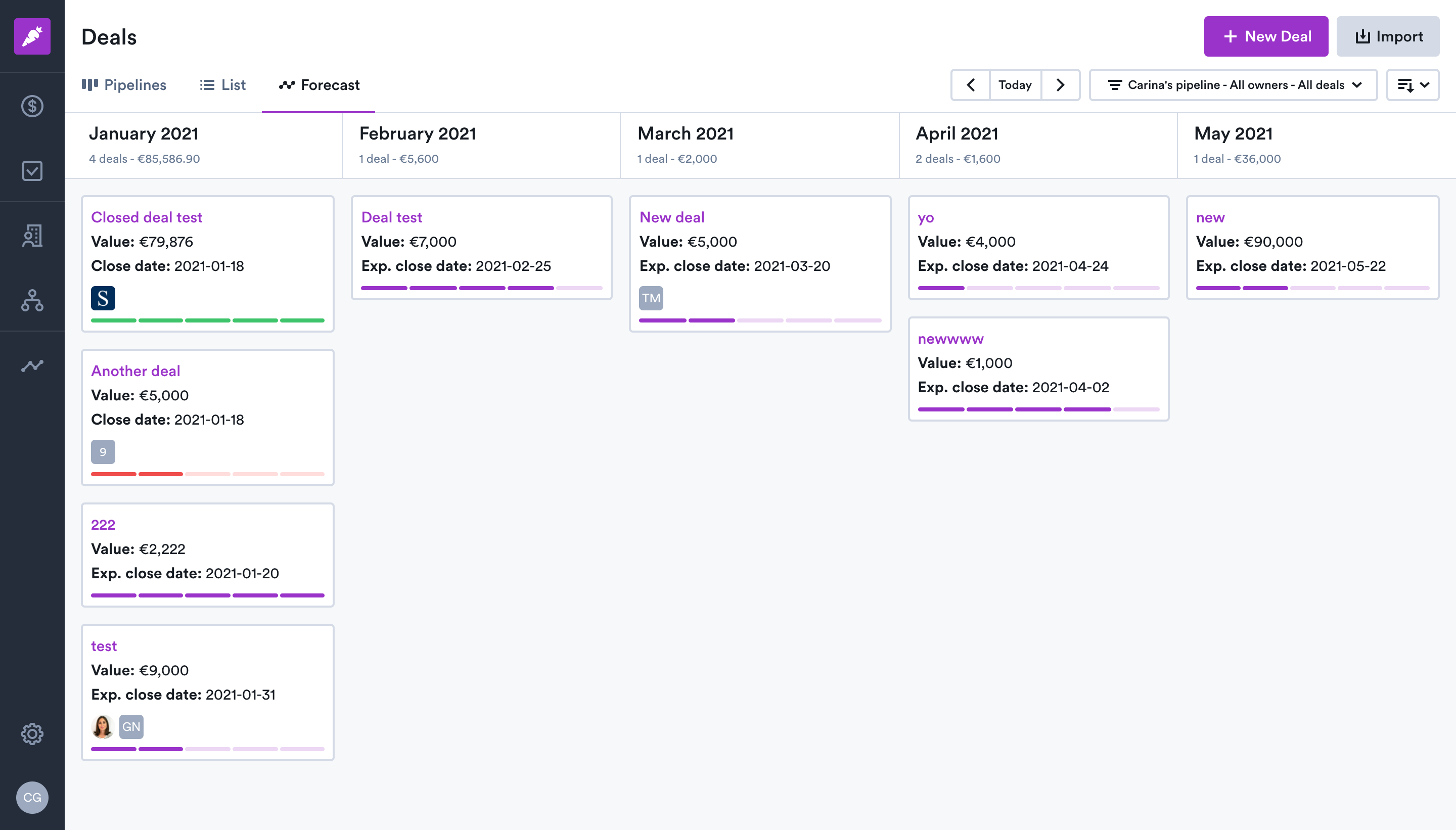 The forecast gives you the expected revenue amount, which includes: 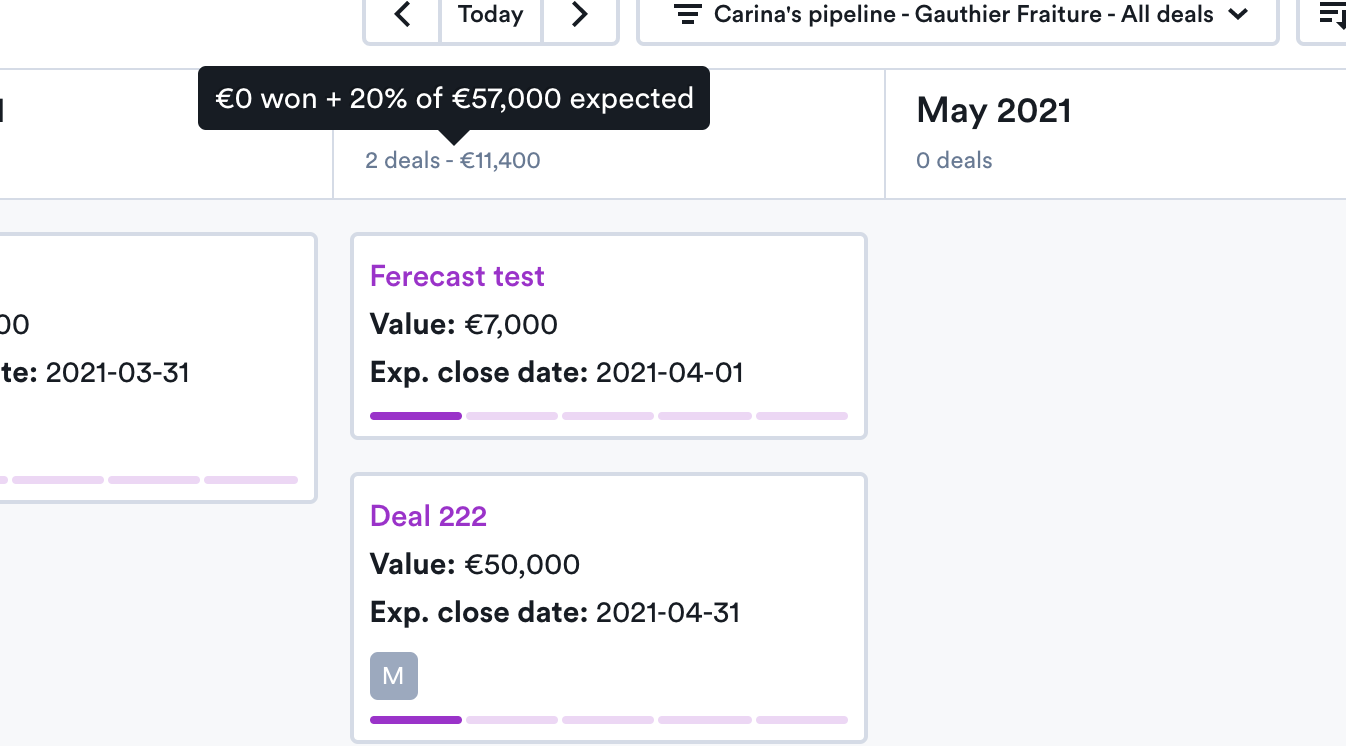 In this month there are no closed deals yet (€0 won).

The expected revenue is shown in the default currency of your account. Read more about the currencies.